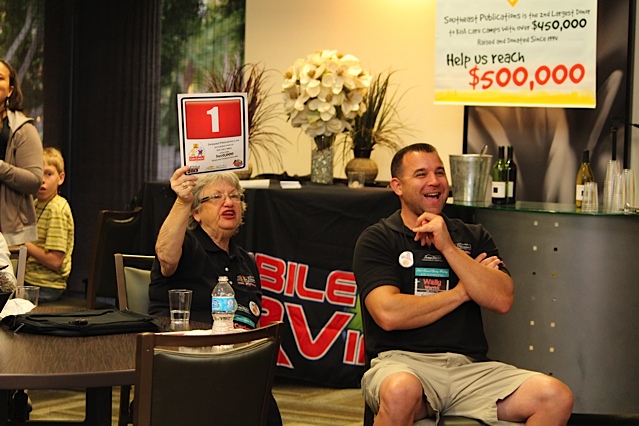 “The quality of the resort and staff, as well as all of the amenities offered by Emerald Desert, makes it the perfect spot for the California-based meeting,” stated Southeast Publications in an April 5 press release.

As part of the annual meeting, Southeast Publications held a fundraiser for Kampgrounds of America Care Camps charity. Held in Emerald Desert’s full-service banquet hall, the event raised over $30,000 to help send cancer-stricken children to camp around North America. Among auctioned items were two boxes of Twinkies that sold for $2,000. Other items included iPads, wine, and jewelry.

On behalf of his companies, including Emerald Desert RV Resort, Paydar contributed $3,000 in donations to KOA Care Camps.

The sounds from the speakers and scents of the food mingle in the desert air.…

Celebrate Your Special Day with a Palm Desert Destination Wedding

[dropcap]I[/dropcap]magine yourself stepping out into the beautiful, bright Palm Desert sky, heart racing and full…