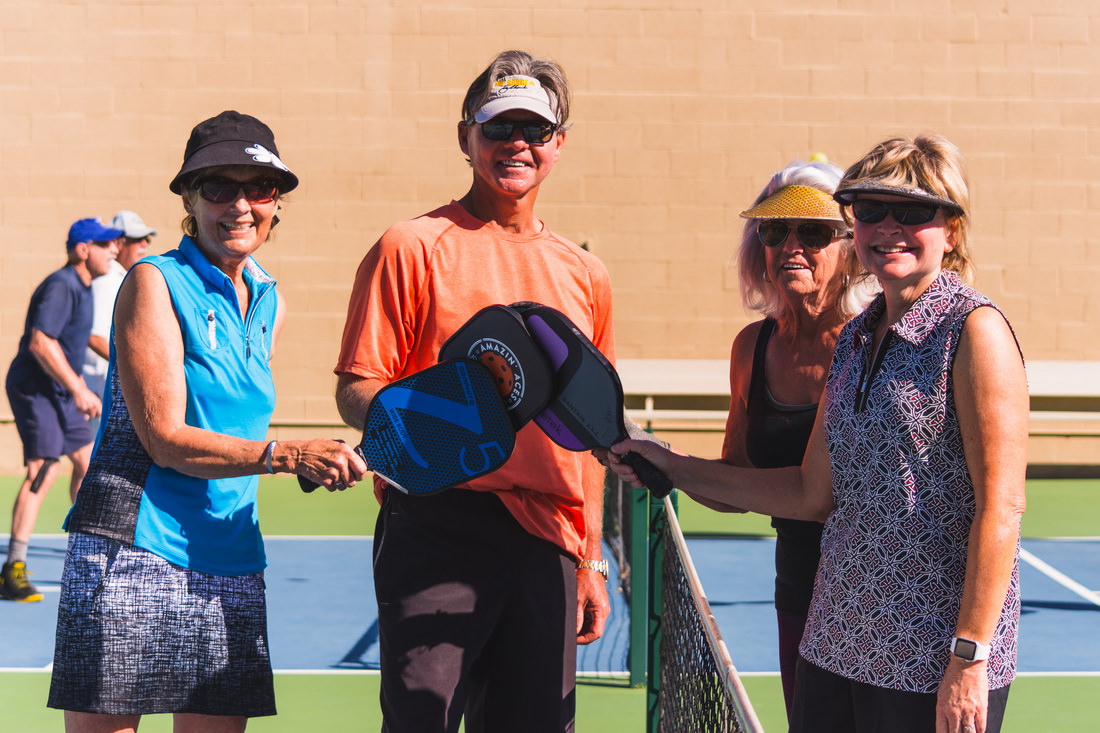 As the story goes, this retired couple had discovered pickleball, and they spent a lot of time playing together. As time went on, he lost interest, but she started playing more and more. She eventually even became part of a competition team. Missing his wife, the husband reportedly said, “It’s me, or pickleball.”

Some of you won’t be surprised to hear she chose pickleball! It is one of the most played recreational sports in the country and is especially popular with baby boomers entering retirement. While it is a great way to get moving, it is relatively less hard on aging joints than other sports. It is also a great way to meet new people and be part of a community. According to the Sports & Fitness Industry Association’s 2015 Participant Report, 2.46 million people play pickleball.

If you don’t know a pickleball from a pickle jar, here is a bit of background. Pickleball is a fun, easy-to-learn sport that was created in 1965. It combines a bit of tennis, badminton, and even ping-pong. Pickleball can be played inside or outside, and it only requires a good-sized court, a modified tennis net, a paddle and a plastic ball. It can be played by two or four players. Play can be slow or fast and furious!

Courts are available in all 50 states and are becoming a regular feature at RV resorts such as here at Emerald Desert. In fact, Emerald Desert now features three new professional pickleball courts and offers open play for all guests at 10 am each Thursday! Emerald Desert has loaner equipment for free for those that want to learn. Also, from January to March, instructions and tournament play for multiple levels will be available as well.

So if you are a self-professed pickleball addict or just curious about the sport, there’s no time like the present to visit Emerald Desert and give it a try!

Tired of fighting the fall and winter crowds in Yuma and Casa Grande, Arizona? This…